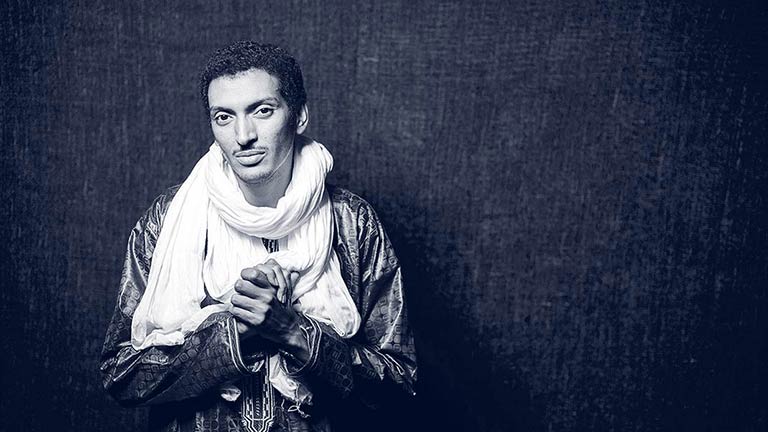 What is Bombino upcoming LP 'Deran' about?

The eccentric and melodic Bombino will soon present to his fans a new masterpiece, a studio album titled - 'Deran'. The album is scheduled to arrive on May 18 and is partially promoted during Bombino's 2018 tour.

Although Bombino or a real name Omar Moctar sings mostly on the language of Tamasheq, it does not prevent him from being an entertaining performer for a wide audience of listeners. His deep laid-back blues reefs with elements of the dramatic history of a whole spectrum of emotions become clear and indigenous for any listener.

It is likely that the purpose of each composition, the mood, and general author's feeling about it is transmitted in his works mainly through the intuitive level. Therefore, it's not necessary to learn the language of Tamasheq to truly enjoy the Bombino’s songs. To make sure of such rare and exceptional abilities of the blues singer and songwriter - you should listen to his first single, taken from upcoming LP.

'Ouhlin' and 'Tehigren' transfer the listener to a somewhat pleasant hypnotic state under the combination of long-lasting and dynamic guitar reefs, which give rise to a variety of reflections. But, what are Bambino's songs actually about? The problem of conflicts and misunderstandings is widespread in modern society, and this is what Bombino notes in his recent composition 'Ouhlin'. We forget that we are all ultimately - people, we are a single whole, and therefore we must create favorable conditions for peace and well-being between ourselves. The author promises to open these and other topics in his new album, which will consist of 10 songs.

In addition, Bombino also said, "the goal of this album has always been to get closer to Africa." The ten songs on the album show the great ability of Bombino to work with different genres, from folk, to rock, through the blues and funk and of course the subgenus "Tuareggae", of which he is a pioneer and precursor.

Video teaser for the forthcoming album by Bombino, 'Deran'